Gifts Of The Heart – Clearview 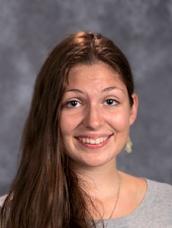 There just aren’t enough hours in the day for Madison’s community service. She has been involved with Girl Scouts, Gloucester County 4H, and figure skating. Scouting at the Ambassador level, Madison has received her Bronze award while co-leading a troop of ten Cadet level girls. In 4H, she serves as the Vice President of the Tastebuds Cooking Club and the community service organization, Senior Council.

As a figure skater of nine years, Madison has dedicated much of her time not only to training but to volunteering to coach beginning skaters at the Hollydell Ice Arena and helping to raise several thousand dollars through “Skate for a Cure,” a fundraising event for the American Cancer Society.

In school, Madison is a member of the Autism Awareness Club, Key Club International, Interact Club, Heal Club and Sure Club, all of which serve the community through varying forms of outreach. She serves two Trinity Church nurseries and their Sunday school.

A favorite is when Madison works with her beloved dog Abby twice a month in a Pet Therapy program “Furever as Friends” as part of the Silent Mentors in Literacy Education program. Madison credits this therapy program for leading her to pursue a career working with children as she plans to attend college in the fall. 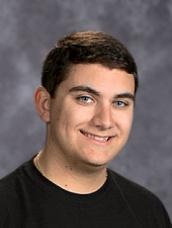 Dominic is a senior planning on attending college in the fall with his intended major being Business Administration. Like Madison, his volunteer work reflects his personal interests. Dominic serves as the president of Key Club International. Under his strong leadership, the club has completed projects such as the 4H Club Fall festival, the “Be-YOU-tiful” day camp for students with disabilities and the Key Club Talent show. Membership increased substantially and fundraising revenue was increased by sixty percent each fiscal year during his tenure.

In student government, Dominic served as vice president all four years at Clearview. In his position, he’s responsible for planning and preplanning Homecoming, Pre-prom, and Prom. Most notably, Dominic organized the Babe’s Kids Dodgeball event, recruiting community businesses to donate money to a teen with medical needs in the district.

In school, Dominic is a member of Interact club, National Honor Society, DECA, and Heal club, all of which are involved in numerous community outreach activities. He is also a STAR mentor, who serves as a mentor for an at-risk 9th grader. Dominic was also selected to participate, as Clearview’s representative in Boys State, a program focusing on government, leadership and character development.

Congratulations are extended to Clearview High school’s Madison Ginotti and Dominic Clark as well as their parents, family and friends! Next week’s featured recipients will be from Delsea Regional High School.