Search Site
Menu
Call to schedule an appointment 856.381.4837
Home / Blog / The One Text Message You Should Not Send In New Jersey

The One Text Message You Should Not Send In New Jersey 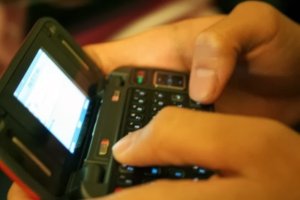 No, we are not talking about the angry text to your boss after he asks you to come in on Saturday, or the late night text to an ex-girlfriend or boyfriend.  The one text message you will regret sending is one that could cause serious injuries.  Beginning August 27, 2013, texting to a driver could make you liable for a car crash at which you were not even present.  An Appellate Court in New Jersey recently found that “the sender of a text message can potentially be liable if an accident is caused by texting, but only if the sender knew or had special reason to know that the recipient would view the text while driving and thus be distracted.”

Must You Stop Sending Text Messages Completely For Fear of Potential Liability?

No, but you should be aware of this new, possible exposure to liability for texting under certain circumstances.  Even though the Court created this new possible liability, the sender of the text message in the recent Appellate Division case of Kubert v. Best was actually found not liable in the following circumstances: she sent a text message to her friend approximately 30 seconds before he crossed over the center line of the road; he struck a husband and wife who were riding a motorcycle; each motorcyclist lost a leg.  The Court found that “a person sending text messages has a duty not to text someone who is driving if the texter knows, or has special reason to know, the recipient will view the text while driving.”   However, the Court concluded that the texter in the Best case did not have a reason to know that the driver would read the texts while driving (despite finding that the texter and the driver had sent over 62 texts back and forth on the day of the accident, and the sender, like most teenagers these days, admitted to sending around 100 texts a day).

Texting and Calling While Driving Is Targeted in New Jersey…

Each day in the United States, more than 9 people are killed and more than 1,060 people are injured in crashes that are reported to involve a distracted driver.  Do your part to decrease those statistics, and be mindful of whom you are texting. As you can see, New Jersey laws and court decisions restrict texting in certain circumstances to minimize the dangers associated with living in a mobile society.

Brian Hall is an Associate with the Law Firm of Hoffman DiMuzio, a full service law firm with offices in Woodbury, Turnersville, Franklinville, Mullica Hill, and Sewell, NJ.  He practices primarily in the areas of Workers’ Compensation, Social Security and Employment Law.