The law firm of Hoffman DiMuzio has allocated close to a half a million dollars to its “Gift of the Heart” Community Service Scholarship Foundation. Forty-one graduating seniors from Gloucester & Salem County High Schools have been selected to receive a one thousand dollar scholarship for embodying the service ideals of the program. This week, the 2016 “Gift of the Heart” Hoffman DiMuzio Community Service Foundation recipients are from Gloucester County Institute of Technology: Kaitlyn Weatherby and Pranev Patel. 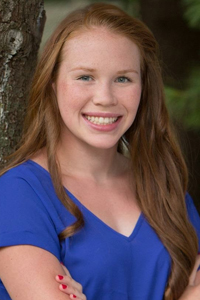 In today’s fast-paced world of Twitter and Instagram, Kaitlyn Weatherby has found a more personal way of leaving a lasting memory. In eighth grade, Kaitlyn started a ministry at her church called Karing Kards Ministry. The ministry sends cards out to people in need of prayers or a little boost. People in nursing homes, hospitals as well as missionaries overseas all have received cards from Kaitlyn. Despite all of the good done by her ministry, Kaitlyn feels she has been rewarded knowing that such a simple gesture can have such a meaningful impact to another person.

Kaitlyn has been a swimmer just about her entire life. She has used her swimming skills as a lifeguard at Brookside Swim Club and GCIT. While at Brookside, Kaitlyn was also a Big Buddy mentor and Little Dolphin Swim Instructor. For the past seven years, she has volunteered at Pitman United Methodist Church. Her activities included volunteering at soup kitchens and working on fundraisers. Kaitlyn has also volunteered at Kennedy Health System in their Mother/Baby department organizing charts, packages and patient bags. Wonderful work. Thank you Kaitlyn. 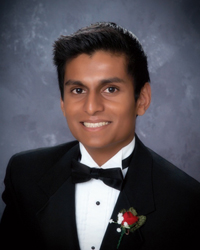 Pranev remembers being gently pushed by his parents to volunteer when he was twelve years old. Today, he couldn’t think of not volunteering, as it has become part of his life. Having a positive impact in someone else’s life motivates Pranev. His experiences volunteering have made him more sympathetic to the plight of others. Pranev’s has volunteered with the elderly, sick people, the poor as well as his fellow students.

Through the India Temple Association, Pranev has worked on many community programs and charitable causes including the Relay for Life through the American Cancer Society. He has also volunteered at the Deptford Public Library assisting with shelving books, setting up computers and cleaning up. Pranev has participated with the Vishwa Hindu Parishad of America as a camp leader. His duties include carrying out camp activities and assisting younger campers. Pranev has also helped his fellow students tutoring them as a member of the National Honor Society. Nice service Pranev. Thank you!

Congratulations are extended to Gloucester County Institute of Technology’s Kaitlyn Weatherby and Pranev Patel as well as to their proud family and friends! Their community service to others shows the true meaning of a Gift of the Heart!

Next week’s featured recipients will be from Kingsway Regional High School.