Gift Of The Heart – Deptford

Each recipient shall be rewarded with a one thousand dollar scholarship for personifying the service ideals encouraged by the “Gift of the Heart” scholarship program. This week, the 2015 Hoffman DiMuzio Community Service Scholarship recipients are from Deptford Township High School: Elizabeth Stefanou and Gianluca Solari. 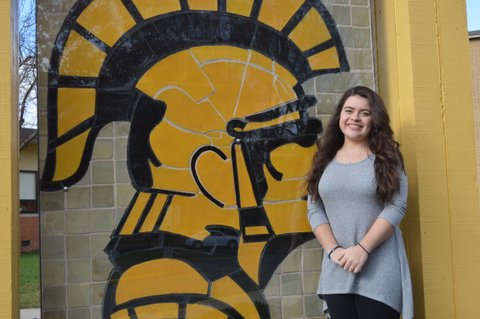 Elizabeth has always maintained sound principles; choosing a path of helping others. During her high school years she has not only demonstrated the utmost dedication to her studies, and participated in dance but has served as an avid member of St. Thomas Greek Orthodox Youth of America, also known as GOYA. Through GOYA, Elizabeth has taken those less fortunate under her wing and helped to navigate them through their difficulties.

Elizabeth is also an active member of the St. Thomas Greek Orthodox Church, where she has participated in many service projects both at church and within the community. Elizabeth was front and center with a ready smile as she volunteered at soup kitchens, pediatric hospitals and senior citizen homes. 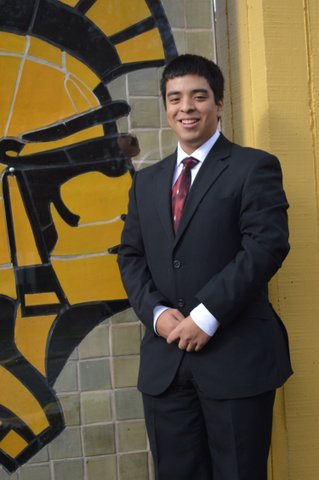 Gianluca can easily be described as a problem solver and a leader. One of his most positive attributes is his desire to participate with others in community projects. Gianluca is involved in a variety of clubs at Deptford High School. He performs good works as an active member in the National Honor Society. He is also a member of the NJROTC: drill team, color guard, cyber patriot team and air rifle team. Belonging to the Deptford Police Explorers, he assists members of the community.

Gianluca is undaunted by the challenges of his rigorous academic schedule. He has especially excelled in science classes such as Honors Chemistry and AP Physics. Highly motivated, Gianluca is a problem solver whose perseverance helps him solve the most challenging problems confronting him.

Congratulations are extended to Elizabeth Stefanou and Gianluca Solari as well as their parents, family and friends!