Search Site
Menu
Call to schedule an appointment 856.381.4837
Home / Blog / Are You Covered by the Workers’ Compensation Laws in New Jersey While Commuting to Work?

Are You Covered by the Workers’ Compensation Laws in New Jersey While Commuting to Work? 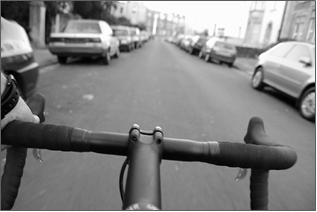 Generally, the answer is no. In New Jersey, injuries sustained commuting to or from work are usually not covered by Workers’ Compensation Laws. The law in New Jersey states that employment starts when an employee arrives at the employer’s place of employment to report for work and terminates when the employee leaves the employer’s place of employment. This means that if you are injured while walking on the public sidewalk on your way to work, or you are hit by a car while riding your bike on a public roadway on your way home from work, you are not covered by worker’s compensation laws in most circumstances. However, once you step, drive, or peddle onto a piece of property that is owned, maintained, or exclusively controlled by your employer you could be covered by worker’s compensation laws.

As with any rule, there are exceptions to this rule, and employees can possibly be covered even when they are not on their employer’s property.

1. The first exception is for off-site employees who are required by an employer to work at a location other than the employer’s premises. These employees can be covered if injured while engaging in the direct performance of duties assigned or directed by the employer regardless of location. For instance, a deliveryman would be covered if he dropped a package on his foot while attempting to make a delivery.

3. Third, is the first responder exception, which extends compensation to firemen, policemen, and first aid/rescue squad members who are responding to and returning from an emergency.

5. Fifth, is the minor deviation exception, which covers an injured employee who deviates from his work to do such things as getting some fresh air, using the telephone, having a cigarette, grabbing a cup of coffee, or satisfy other human needs incidental to his employment. For instance, imagine an employee who shows up for a meeting, but the employer he is to meet with is running late. The employee leaves the building to go get a cup of coffee to kill some time and is injured on the way. He would likely be covered by worker’s compensation laws in New Jersey. However, be aware that it was also found by New Jersey Courts that an off-site employee who stopped to drop off his own personal mail at the post office was not covered when he was injured at the post office.

6. Lastly, is the compulsion exception, which extends coverage to employees who are compelled to participate in recreational or social activities by the employer and are injured as a result. An example could be an employee who is required to participate in an off-site company softball game and twists his ankle. The ankle injury could be covered under Workers’ Compensation laws in New Jersey.

Brian Hall is an Associate with the Law Firm of Hoffman DiMuzio, a full service law firm with offices in Woodbury, Turnersville, Franklinville, Mullica Hill, and Sewell, NJ.  Brian practices primarily in the areas of Workers’ Compensation, Social Security, and Employment Law.